Over the last two decades, anti-trafficking – often described as an effort to combat ‘modern day slavery’ – has become ubiquitous. Questions have been raised about whether the significant resources dedicated to this issue have achieved any results, or whether these results have done more harm than good. These critiques remain salient as Target 8.7 of the Sustainable Development Goals proposes to ‘eradicate forced labour, end modern slavery and human trafficking.’ Building on these critiques, the seminar responds to facile framings of contemporary ‘abolitionism’ as echoing earlier crusades against Trans-Atlantic slavery. Critical reflections on the geographical and historical dimensions of anti-slavery and anti-trafficking will be offered. We ask: is it possible to decolonise anti-trafficking?

Labour is in turmoil over Brexit just as the Stoke Central and Copeland by-elections hove into view. As Steve Richards has pointed out, Labour has always been split on Europe – but more nimble leaders and the basis of a stronger Labour movement saw us through. This time it’s totally different.  Whatever your views on Jeremy Corbyn, he is no master of internal party management or parliamentary tactics.  But even if we could conjure up a Wilson or an Attlee now, it is doubtful how any leader could paper over the cracks of such a political, cultural and emotional divide between Brexit and Remainers that now runs through the PLP, the party and the country. In the heat of the crisis you can see why the leadership is insisting, for now, on a three line whip on article 50. Labour, they feel, can’t be seen to be blocking Brexit ahead of Stoke and Copeland. The loss of one seat would be a disaster; the loss of both catastrophic. In their crisis the only thing that matters is surviving the day.

Source: Neal Lawson: The Commons vote on article 50 is a moment for kinder and gentler politics – not the crack of the whip | LabourList

Why it is probably xenophobic to be concerned about the impact of migration on public services and the housing and labour markets.

Net migration figures have been the focus of much of what passed for ‘debate’ in the referendum on Britain’s membership of the EU, and public concern about them, fanned mendaciously by the media, has clearly contributed to the result. The UK’s population is currently approximately 65 million. In the period between 2010 and 2015 it grew by an average of 0.63% per year. That places it about half-way down the league table of population change among wealthy countries (see below). In other words, population change in the UK is not out of kilter with other so-called advanced economies. Norway, Switzerland and Singapore, which have been touted by some on the Leave side as models for a post-Brexit UK have higher rates of population growth than Britain.

Now imagine a situation in which net migration to the UK is zero, but population growth is still 0.63% per year because of births and deaths. Over time, that would mean similar implications for public services, housing, labour supply etc. (In the short term the mix of implications would be different because of age differences.)

What, I wonder, would those who have been claiming the country can’t cope with current levels of net migration say in those circumstances? Would they argue for compulsory contraception? Transportation of the ‘excess’ population to countries with falling populations? Would the government consider introducing a China-style one child policy? Worse?

Presumably not (though the recent level of political debate in the UK makes anything seem possible). And if not, then surely it is evident that the concerns expressed about pressures on public services, housing, jobs and so on are not only because there are more people, but because some of the people are from elsewhere – in other words they are, by definition, xenophobic.

The impact of population change on public services and the labour market must be addressed, but the roots causes are austerity policies, funding cuts, a dysfunctional housing market and exploitative employment practices, not migration.

Mary Beard: ‘The role of the academic is to make everything less simple’

I am delighted to be a leading a new three-year, ESRC-funded research project on the Urban Politics and Governance of Social Innovation in Austerity, nicknamed PUrSI (which stands for Politics of Urban Social Innovation). Research will focus on social innovation in European cities in relation to generating resources through alternative finance, harnessing social energy through grassroots mobilisation and meeting needs through community provision. We will investigate these in Athens (Greece), Berlin (Germany) and Newcastle upon Tyne (UK). The project is based in the Geography Department at Durham University and the research team comprises Paul Langley, Sue Lewis, Colin McFarlane, Antonis Vradis and myself. Further details are available on the PUrSI website. 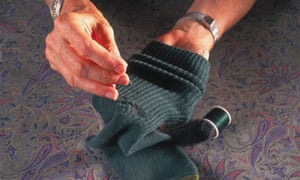 The average British person is consuming fewer things. Not buying stuff we don’t need means we can work less and have more time – what’s not to like?

Source: Less is more: why careful consumption is the future | Michelle McGagh | Opinion | The Guardian

On 22 March 2016, the RGS-IBG will hold the latest in its series of ’21st Century Challenges: Policy Forum’ discussions, considering the major environmental, social and economic challen…